Egypt pursues a very non-ambiguous and clear diplomatic policy. It is of the most relevant and influential countries of the region, which has great relations with its neighbors. It is pragmatic in its approach and do not believe in the philosophy of permanent enemy. Neither Egypt has exploited its position and strength, military and other, to destabilize region, nor for the vested interests.

Egypt believes that for past many decades, Israel has been using technology, militarily muscle, capital and propaganda to oppress Palestinians, and to suppress true or authentic information, regarding the plight of Palestinians. It has systematically built illegal settlements, in the occupied West Bank. Since the occupation, Israel is incessantly inhabiting West bank, and militarily regulating it. These settlements are not only a mean or instrument to linger the occupation or make it permanent, but it has also been used to occupy and regulate resources, such as water (fresh and salt) and land. 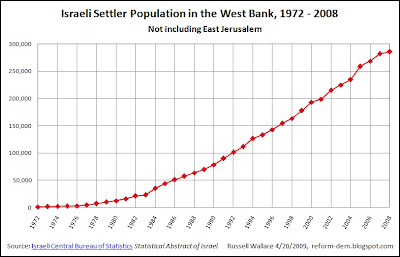 It is evident from the statistics that, since 1982, Israel has increased, deliberately and by design, the population in West Bank. The population is being used as a utensil to manifest strategic and tactical objectives, political-social-economic. Latest ploy of Israel is to use water, as a strategic and tactical weapon, not only against Palestine, but also against Jordan, which is a water scarce country (Reformdem, 2009).

The depleting water reservoirs, in the region, have created intense challenges for all the countries. The problem is further intensified by the increasing population, for whom, water is the most premium commodity. Unfortunately, Israel has been using this tragic development for its sinister cause and vested interests.

As evident from the statistics, water has again become a rare commodity in Arabian Peninsula. Egypt is going through a transitional period, where state is trying to ascertain political stability and economic development. However, during this course, it is also facing serious water challenges. Because of the economic and other activities, the water reservoirs, Egypt and region, are polluting and depleting. Therefore, there is a need of comprehensive policy, which must address all challenges.

In case of Palestine, Israel has controversial design, regarding water.  Before we discuss that design, it is must be realized that Israel already use most of the water, of River Jordan, which originates from Golan Heights and flow into the Galilee river. The water is used by the aquifers, which are built in occupied West Bank and as said earlier, mostly or predominantly consumed by occupying Jewish communities

Click the button above to view the complete essay, speech, term paper, or research paper

Strategic Issues and Resolutions at Samsung

Strategic Issues and Resolutions at Samsung